California is bordered by Pacific Ocean to the west, Oregon to the north, Nevada and Arizona to the east, and the Mexican state to the south. 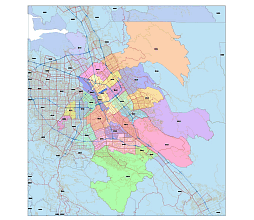 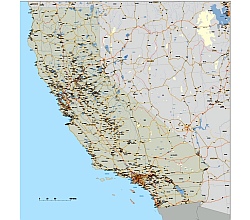 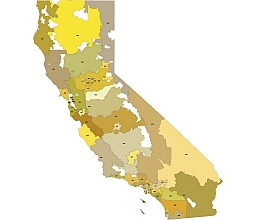 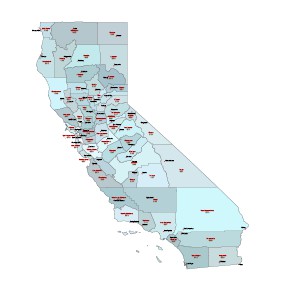 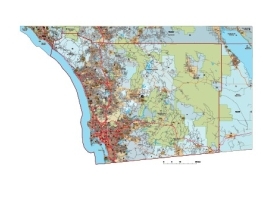 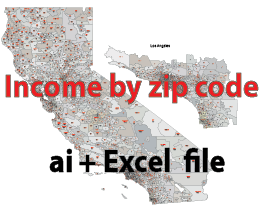 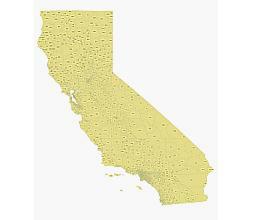 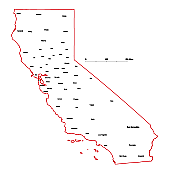 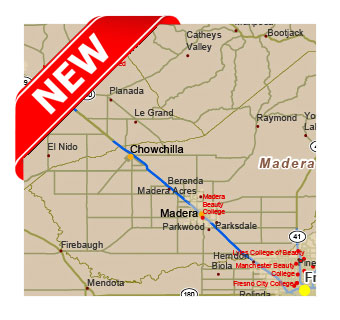 Colleges and universities in California.Vector map. 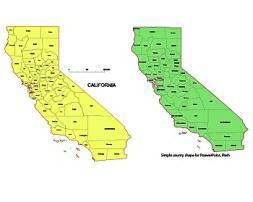 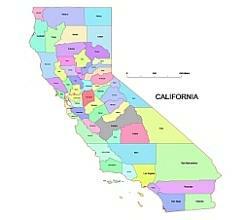 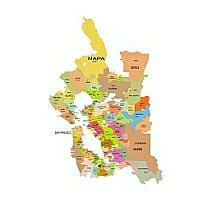 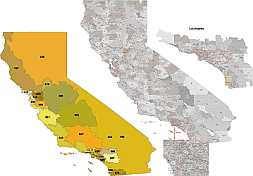 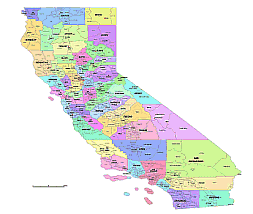 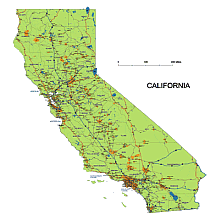 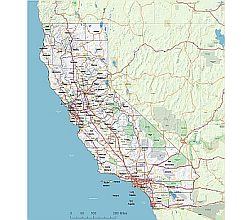 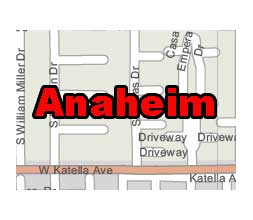 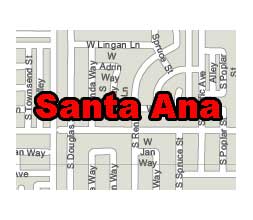 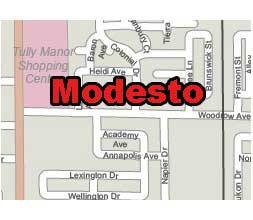 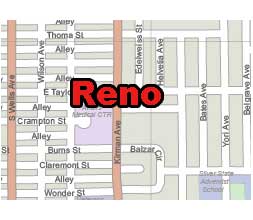 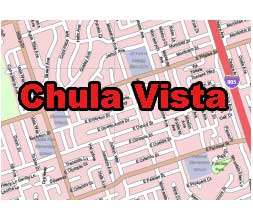 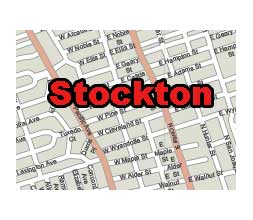 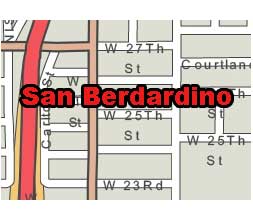 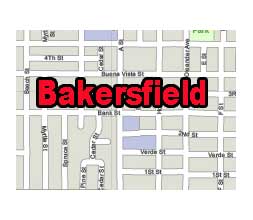 The La Brea Tar Pits were part of a ranch purchased in 1870 by Henry Hancock. He planned to sell the tar for paving streets, but animal bones and teeth found in it attracted the attention of scientists and the bones were taken to the Museum of Natural History.

California contains 96 areas totaling about 587,000 acres reserved for the peoples of the Hoopa, Paiute, Yurok, Karok, and Mission Bands Ute.

In 1873, Andrew Hallidie conceived of the notion to surmount the obstacles of San Francisco s hills by replacing horse-drawn carriages with a system of cables under the street to pull cars.

California s Central Valley does not naturally have sufficient water for the citrus crop. Long canals called aqueducts transport the needed water to the farmland.

In 1769 Father Junipero Serra s led a group of Spanish soldiers and friars into California. He founded the first mission at San Diego, and it served as a spiritual and physical refuge for non-Indian citizens. Twenty-one missions were planned and built along the California coast, each one day s ride by horse from the next. The trails between these were called the King s highway, or El Camino Real. Each mission included a friary, church, shops, dormitory, and storage rooms.

The trees of California are renowned. The ancient Bristlecone Pine Forest has specimens of bristle-cone pines which are 4,600 years old. Redwoods are the tallest, and giant sequoias are the very largest living things on earth.

Certain weak points in the enormous plates of bedrock below the earth s surface, usually the place where plates meet, are called faults. When these plates shift, earthquakes occur. Much of California lies along the San Andreas Fault, so earthquakes are not uncommon. Today, construction takes into account the possibility of the foundations moving slightly, and buildings are safer than at the time of the great San Francisco earthquake of 1906, when tremors and fires cost 450 lives. An earthquake in October of 1989 caused massive property damage in the San Francisco Bay area and the loss of 59 lives.

California s term as the Bear Flag Republic lasted only 23 days, from June, 1846 until July. California had been governed as part of Mexico, and Americans in California, fearing that the United States would hesitate to take control, declared the region an independent republic. The United States had already been at war with Mexico for more than a month. After several battles, Mexico surrendered on January 13, 1847. The February 1848 Treaty of Guadalupe Hidalgo gave California to the United States, and it officially became the California Territory.

California had a single gold-bearing vein of quartz 150 miles long. Called the "Mother Lode," its potential for wealth lured miners by the thousands in the 1840s and 1850s.

In 1869, the golden spike in Promontory, Utah, completed the transcontinental railroad, making California accessible and providing transport for the state s products to the East.

As World War II ended, most nations of the world sent representatives to a gathering in San Francisco which became the start of the United Nations.

Ronald Reagan is not a native of California, but he served as governor of the state for two terms, then two terms as U.S. President, elected in 1980 and 1984.

The only president native to California was Richard Milhous Nixon, twice vice president under Eisenhower, and elected President in 1968 and 1972.