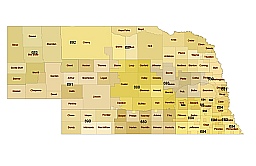 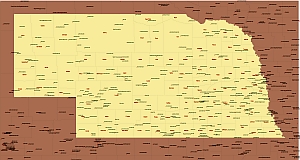 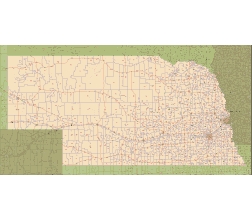 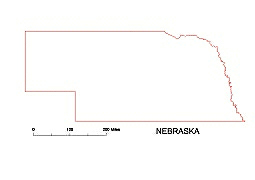 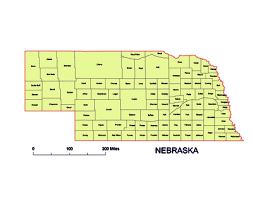 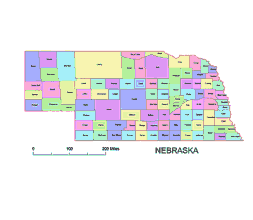 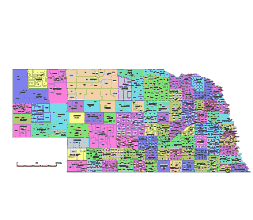 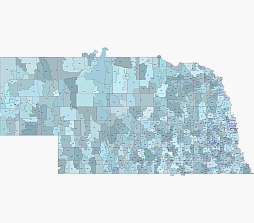 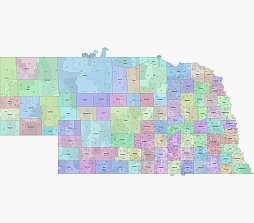 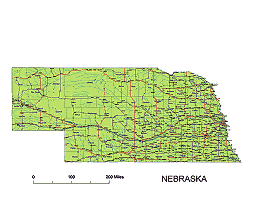 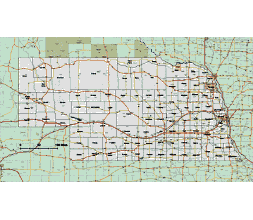 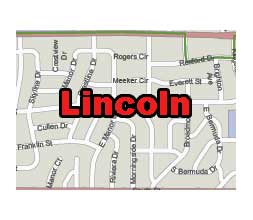 Nebraska KNOWN AS THE Cornhusker State, the west northcentral state of Nebraska was named from a Native American word meaning “flat or broad water.” It lies within the Missouri River basin; the western part of the state also lies within the Platte River basin. Nebraska covers an area of 77,354 square mi (200,346 square km), making it the 16th largest state in the UNITED STATES. Nebraska is 38th in population among the 50 states. The state is 430 mi (692 km) east to west and 210 mi (338 km) north to south. Some 95 percent of Nebraska is devoted to agriculture in some way. Nebraska makes up the westernmost edge of North America’s Central Lowlands and is part of the Great Plains. It is bounded on the north by SOUTH DAKOTA, on the south by COLORADO and KANSAS, on the east by IOWA and MISSOURI, and on the west by Colorado and WYOMING. Nebraska entered the Union in 1867 as the 37th state. The state capital is Lincoln. Other large cities include Omaha, Bellevue, Grand Island, Kearney, Fremont, Norfolk, North Platte, Hastings, and Columbus