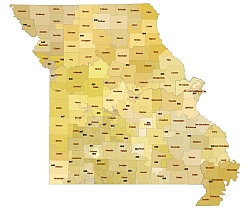 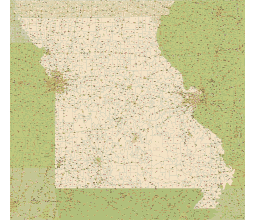 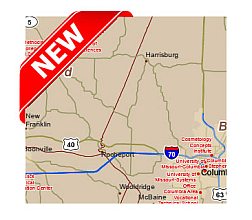 Colleges and universities in Missouri.Vector map. 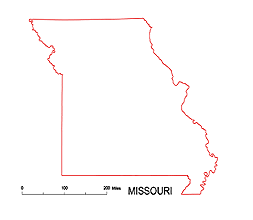 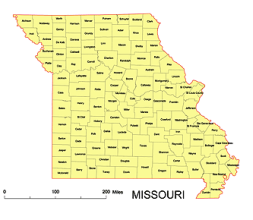 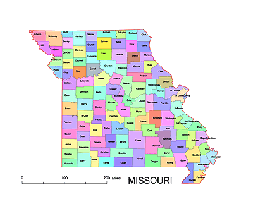 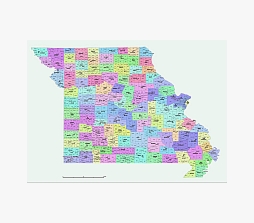 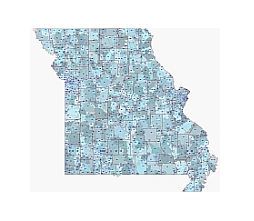 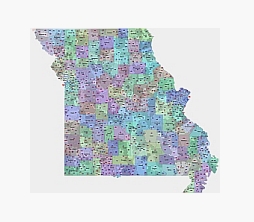 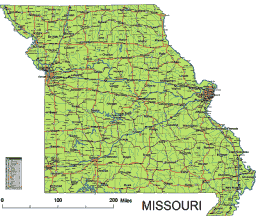 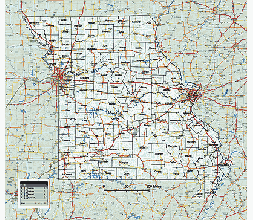 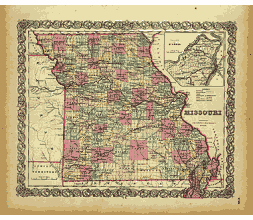 IN THE MIDWESTERN UNITED STATES, Missouri is the 19th state in terms of size of all the states. Its name is derived from a Native American word for “town of arge canoes.” Missouri covers an area of 69,686 square mi (180,487 square km). A LANDLOCKED STATE, inland waters cover an area of 691 square mi (1,790 square km). The largest of these waters is Lake of the Ozarks in central Missouri. The state’s north-south extent is 308 mi (496 km) and the east-west extent is 284 mi (457 km). With the MISSISSIPPI RIVER running along ts eastern border, Missouri is bounded by eight states: IOWA, ILLINOIS, ARKANSAS, KANSAS, KENTUCKY, TENNESSEE, OKLAHOMA, and NEBRASKA.